Day of the Dead

The Whiskey Dregs blogs about Zombiecon:

Blue skies, white swollen clouds drifted endlessly to the west and beneath this glorious pastiche of normalcy, a horde gathered at Kennedy’s to enact a day long tribute to that great genre of horror, which began with Night of the Living Dead way back in 1968.

Zombie films were a little different than all of the other films of this genre. Lifeless drones ambling toward an insatiable appetite, as infinite as death itself, have always been the a stripped down reflection of us; ugly in our desires and empty as a hungry ghost. The organizers cleverly utilized a political theme as you’ll be able to see in the pictures below. The occupants of the Time Warner building are still cleaning up after we ransacked it. For one day these zombies had a free pass to the city. The police just stood aside, unsure what to do. I took pictures, smiling from ear to ear — the happiest among the undead. 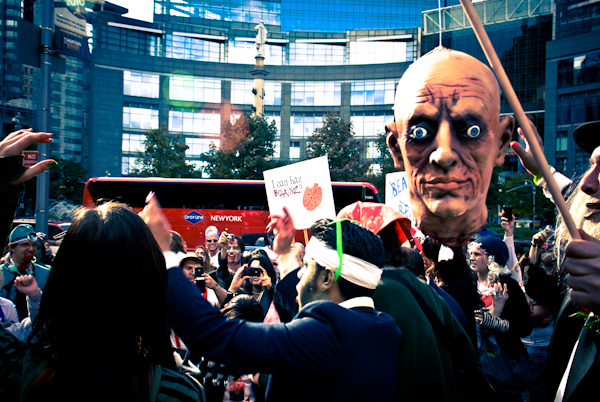 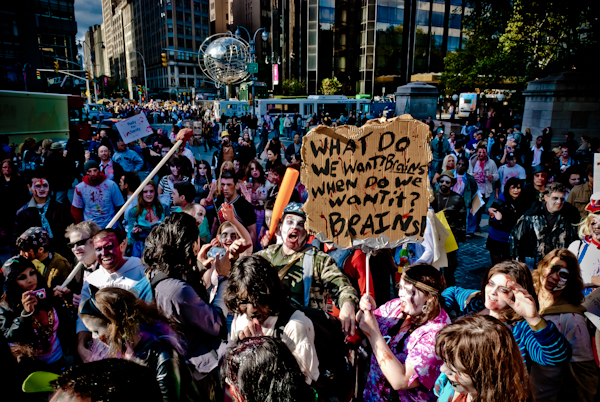 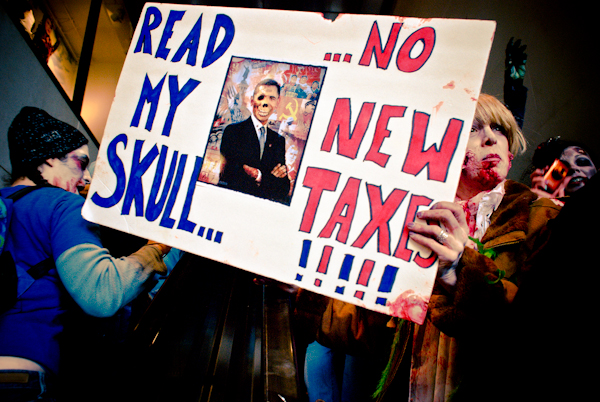 See the post and the rest of Carlos quite inspired photo gallery here.

This entry was posted in gallery and tagged 2010, whiskey dregs. Bookmark the permalink.