This financial crisis is getting spooky 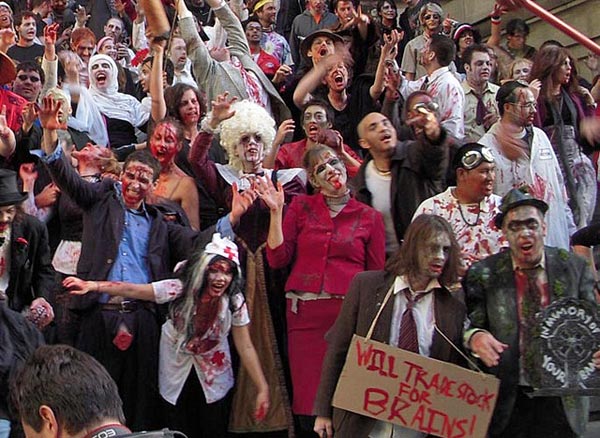 The annual Zombiecon festival in New York City this year adopted a financial crisis theme. Participants dressed as zombie bankers, undead brokers and CEOs and gathered in the Wall Street district. Here they pose for a shot on the steps of bankruptcy court. Photo by Jim Glaser.

The sense of dread in the financial world is no treat, but it’ll be a main theme among the tricks played during tomorrow’s Halloween festivities. Mitchell Hartman reports on people spooked by the economic crisis who are dressing the part.

This entry was posted in press and tagged 2008. Bookmark the permalink.